<p>The name of the district Wayanad is derived from Vayal Nadu. Vayal represents Paddy fields and Nadu is the land. So Wayanad actually symbolizes a land of paddy fields. The serene beauty of the place lies in its nature and surroundings that include fog capped mountains, dense forests, and fertile green agricultural estates. It is also home to a group of wild animals and has a wonderful assortment of flora and fauna. The region is nuzzled in between the Western Ghats Mountains in the state of Kerala. Wayanad is home to eye-catching waterfalls, serene freshwater lakes, mesmerizing peaks, emerald woods, historical monuments, wildlife sanctuaries, places of pilgrimage and many other attractions.Its climate remains pleasurable throughout the year. The most suitable time to visit Wayanad is from September to April.The handicraft and handloom products of Wayanad could be considered when it comes to shopping at Wayanad. Spices and other natural products like tea and coffee from Wayanad are excellent gifts to carry back home. Beside that embroidered mats, rugs, fashion wares are some other products of the region that you can look to shop for at Wayanad.</p> 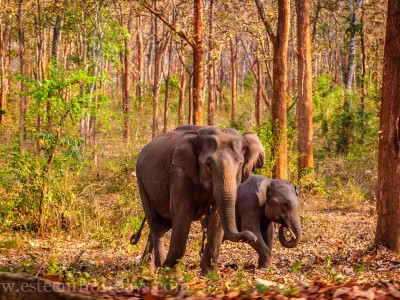 At a height of 2050 meters, Chembra Peak is the highest in Wayanad and the heart-shaped lake is located on the way to the top of this peak. It is believed to have never dried up. The lake is about halfway to the peak and can be reached only by foot. This picturesque lake is a popular tourist attraction and a halt for trekkers on their way up.&nbsp; Permission from the forest office is required for trekking up to Chembra Peak Heart Lake. Trek to the top takes about 3 hours, and one will get to see almost the whole of Wayanad. Suitable time to trek is in the months between September and March, preferably during the post-monsoon period as it will be more green and cloudy. It will be more slippery during rainy season so trekking should be avoided. A trip here will calm your entire being and get back to the world with renewed strength Translated as &#39;stone in between&#39; the name Edakkal more or less describes the caves. They are two natural caves at a remote location at Edakkal, 25 km from Kalpetta. The cave is set on two levels, formed by a heavy boulder extending across a fissure in the rock. The first level of the cave is entered via a small opening, opposite to which a passage is leading to another opening, this time in the roof, which leads to the second level, much bigger in size than the first cave. The site has immense historical and archaeological significance. Edakkal caves are famous for its pictorial paintings (cave paintings), which are considered to be of 6000 B C old. The way inside the caves is past uneven rocks through an iron ladder and rock walls covered with moss and lichen. To reach the caves, one has to trek through the Ambukutty Mala. It will take 45 minutes to climb the hill and the trip will not disappoint you. A special attraction for tourist at Ambalavayal Wayanad is Ambalavayal Heritage Museum. This is an archaeological museum and displays huge collections of vestige and antiques of 2nd Century AD. This is divided into four blocks named Gothrasmruthi, Devasmruthi, Jeevanasmruthi and Veerasmruthi. As the name indicates each blocks displays the related artifacts. These displays are of great interests to common people, archaeologists and historians. These displays include ancient hunting instruments like bows and arrows, stone weapons, clay sculptors and various other items like tribal pottery, rock engravings. Ambalavayal Heritage Museum is one of the best maintained museums in Malabar region and is always an attraction for tourists. This museum will shed lights towards history of Malabar area. This museum opens our eyes to the advanced civilization led by the tribes. Ambalavayal heritage museum provides a rare chance to view the items that are prepared by tribes getting inspired from nature and is used in their daily life. Karapuzha Dam located in the Wayanad district of Kerala is one of the biggest earth dams in India. The dam is situated at a distance of&nbsp;16 kilometers from Kalpetta.&nbsp; Nearly a dozen lakes merge together to form the huge Karapuzha Lake. One can either go for a bath in pristine, clear mountain waters or choose to stroll in the beautiful hills dotted with the different lakes. The dam is built mainly for the promotion of irrigational activities, but the surrounding greenery and the collected water attracts numerous birds to this area. You can spend hours sitting on the bank of the lake and breathing the fresh air and never get enough. The small trek to the dam is speckled with coffee and pepper plants. There is an overall air of peaceful serenity and a much recommend place for birdwatchers. It is very scenic therefore makes it an ideal picnic spot. Kuruva Dweep or Kuruva Island is a protected river delta. It comprises a cluster of islands over the middle of Kabini River in Wayanad. Kuruva Island is heavily populated with rich flora and fauna and spreads over 950 acres of land. The geographical peculiarity of this island makes this place evergreen with a serene ambiance. The one thing that is really striking about this place is the complete silence only to be broken by faint jungle sounds. There are actually three islands with a few submerged satellite isles. The main island has two freshwater lakes, that attracts various species of birds. The accessibility of the islands is via boats and rafts provided by Kerala tourism. The islands are managed and maintained by the locals living in and around the place. Neither partying nor picnics are allowed here. Touring the island is the only recreational activity permitted. Nature&#39;s gift, Kuruvadweep is a world away from the buzzing city life to all the visitors in this place. Lakkidi is the gateway to Wayanad which is located on the southern edge of Wayanad. Lakkiri boasts of incomparable scenic beauty, high mountain slopes, dense forests and cascading streams that create a lasting impression on the minds of people. This is a famous picnic spot that offers a fantastic view of the valley and the sneaking that road known as the &#39;Thamarassery Churam&#39; that connects Wayanad with Calicut. The viewpoint is at a high altitude and one can see numerous hairpin curves on the snake-like roads below. The best time to travel up here is on a sunny day, as the mist might spoil the view. Tourists drive all the way up here just to enjoy the stunning sunrise and sunsets. Tourists come here to catch a glimpse of the hills and valleys of the Western Ghats. Tourists often stop by Lakkidi View Point, the vantage point which offers dazzling views of the surrounding cliffs and valleys. Meenmutty Falls is a spectacular 3 tiered water fall located 29 km from Kalpetta in Wayanad District. The falls are located near to the Neyyar Reservoir area. This is the second largest waterfall in the whole state of Kerala, located in an unspoilt scenic surrounding. No mode of transportation is available so tourists have to trek about 2 km from the main Ooty road. One gets to behold the amazing scenic views on the way as the trail goes through a jungle. The three tiers have separate trekking trails for access, each going through moist deciduous forests. The falls is sometimes kept closed to the public during the rainy season due to the large volume of water flowing down, so it is advisable to confirm with the tourism department before visiting the place. Tourists are often found camping near the waterfall. However, it can&nbsp; be risky on account of the wild animals living in the nearby forest. The Meenmutti waterfalls, descending down the cascades is an awesome sight to watch from the pinnacle of Neelimala. It also provides a dazzling view of the valleys surrounding it. To reach the top, one has to trek through the spreads of coffee plantation on either side. You will also come across numerous purple flowered bushes. The constant chirping of birds, as well as the beautiful scenery, makes trekking delightful experience. Various species of&nbsp;colorful butterflies can be sighted here. It is imperative to wear proper trekking gear as the terrain is somewhat dangerous. The trek narrows down quite a bit and descends before ascending again. Once you reach the view point, the view of the Meenmutty falls and the surrounding valleys is quite breathtaking. Mist and aroma around here spellbinds the tourists and one will be lost in its beauty for an extended period. This place is awesome for its beauty and views it offer. &nbsp; Pakshipathalam as the very name of the place refers to the richness of birdlife here. Pakshipathalam is housed in Wayanad district of Kerala, situated at an altitude of 1740m above sea level. It is a very rich and diverse bird sanctuary that houses some rare species of birds, orchids and plants. Sanctuary boasts of a large bird population as expected from any bird sanctuary. Pakshipathalam Bird Sanctuary is best known for the presence of `Edible Nest Swift light.&#39; Inside the bird sanctuary, tourists can see a flock of birds chirping and guarding the sky, multiple herbs and trees that possess medicinal properties, and orchid plantation. There are watchtowers erected at several spots to help tourists navigate their way within the boundaries of the bird sanctuary. You can use the watch tower at this destination for watching birds. If you are an avid birdwatcher, it is advisable to carry equipment for bird watching expedition and hire a tour guide for an overnight camping. The tomb and the adjacent museum shed some light into local heritage.&nbsp;Pazhassi tomb and the nearby underground museum are created by Eugene Pandala, the architect who also designed Banasura Sagar Dam. Simple, yet stylish the monument is an example of the brilliant use of mud. The museum has a limited display of local artifacts. One item that takes up a lot of attention is the sword of Pazhassi Raja.