<p>The cultural capital of Kerala, Thrissur is synonymous with the world famous and spectacular Pooram Festival. The abode of several prominent cultural centers including the Kerala Kalamandalam, Sahitya Academy, and Sangeetha Nataka Academy, Thrissur has an extraordinarily rich past as well as a vibrant present. From ancient times, this district with its cultural heritage and archaeological wealth has played a significant role in the political history of South India. Many rulers and dynasties beginning with the Zamorins of Kozhikode, Tipu Sultan of Mysore and Europeans including the Dutch and the British have had a hand in molding the destiny of this region. Raja Rama Varma popularly known as Sakthan Thampuran is the architect of the present Thrissur town. The district is famous for its ancient temples, churches, and mosques. Thrissur Pooram is the most colorful and spectacular temple festival in Kerala.The town is built around a hillock, crowned by the famous Vadakkumnathan (Siva) Temple. The temple is a classic example of Kerala style of architecture and houses several sacred shrines. Malik Bin Deenar and 20 others who were the followers Muhammad, the founder of Islam, first landed in Kodungallur in Thrissur district when they came to India. Islam received royal patronage in some places here and later spread to other parts of India. He built the mosque Cheraman Juma Masjid there in the shape of a Hindu temple. It is generally considered to be the second oldest mosque in the world after the one at Medina.</p> <p>&nbsp;</p> 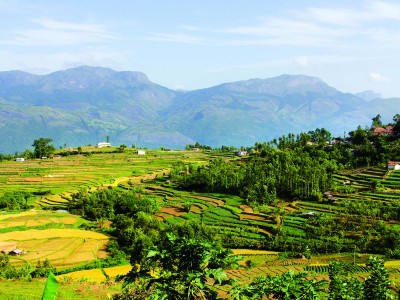 Attractions
Punathur Palace is also known as Anakkotta or Anathavalam which is the largest elephant sanctuary in India. It is a part of Guruvayoor Sri Krishna Temple and is owned and operated by GuruvayoorDewasam Board, Govt. of Kerala. Punathur Palace is a fort and was a former palace. But the palace grounds are now used to house the elephants belonging to the Guruvayoor temple, and has been renamed Anakkotta which means &quot;Elephant Fort&quot;. This Elephant Camp is one of its kinds in the world and is considered to be one of the largest elephant sanctuaries that houses more than 60 elephants. The elephants are ritual offerings made by the devotees of Lord Guruvayurappa. This facility is also used for the training of elephants so as to serve Lord Krishna as well as participate in many festivals that occur throughout the year. It is also a training ground for Mahout. This complex also houses a temple dedicated to Lord Shiva and Bhagavathy. Athirappilly Falls is situated in Athirappilly panchayath, in Thrissur district. Located on the Chalakudy River near the Vazhachal Forest Division and the Sholayar ranges, this 24-meter waterfall is a popular tourist destination. Athirappilly Falls is the largest waterfall in Kerala and is nicknamed &quot;The Niagara of India&quot;. The Athirapally Falls finally joins the Chalakkudy River after crashing down from an altitude of 24 meters from sea level. At Athirappilly Falls, the water surges around big rocks and cascades down in three separate plumes. The very sight of this waterfall refreshes and rejuvenates an onlooker&rsquo;s body and soul. Vazhachal area is the only location where all four South Indian species of hornbills &mdash; the great hornbill, Malabar pied hornbill, Malabar grey hornbill, and the Indian grey hornbill are found living together. The river provides habitat for 85 species of freshwater fishes out of these, 35 are endangered species. This is the greatest place to find most animals in the wild. The waterfall combined with the greenery around will rejuvenate any tired soul. 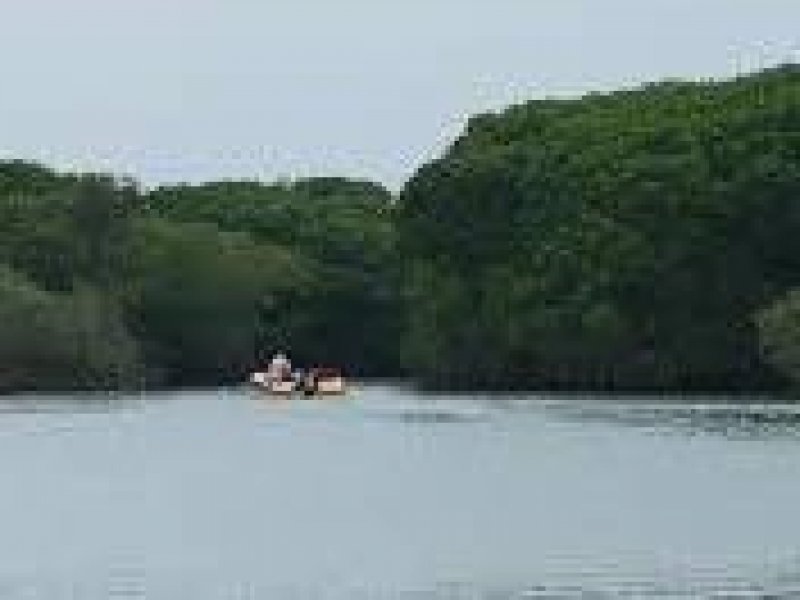 Placid and serene backwaters make Chettuva in Thrissur district a popular tourist destination. It is the mesmerizing serene backwaters of Chettuva in Thrissur district, Kerala. Studded with verdant mangrove vegetation and islets, which are more than enough to invoke your poetic skills and also to explore the frontiers of fascination that it offers. Chettuva is located around 35 km from Thrissur. The backwaters start at Enamakkal Lake and empties to Arabian Sea. The estuary here, locally known as Chettuva Manalpuram is also a scenic place. Several hotels and resorts are located at Chettuva. Chettuva has a prominent place in the colonial history of Kerala. The Dutch and the British had in turn camped here. The backwater is dotted with small islets. Dense mangrove thickets on the banks enhance their beauty. Unique water rides and its location near the beautiful waterfalls of Athirappally and Vazhachal make Dream world one of the favorite destinations of visitors. Known for its thrilling amusement rides, the park is designed to cater to the needs of tourists of all age group. Of the total 42 rides, 24 are water rides, each having its unique element of fun and adventure. Separate filtration plants for each pool assure the quality of water in rides. The dry Amusement rides in the park include Striking Car, Go Kart, Sky Train, Flying Columbus, Baby Car, Caterpillar, Dragon Train etc. The park has amenities like fast food centers, Rest rooms, Restaurant. Some of the major attractions at Dream World include, an eight feet deep Wave Pool; raft ride called Stormy River which starts from a height of 30 ft, follows a smooth and beautiful zigzag route, and splashes into a wide pool linked with Lazy River, which is a single ring tube. Rain Dance is yet another fun filled event, were people dance with ecstasy in the rain showered from nozzles fitted on wooden platforms, and snow showers from the sidewalls along with the rhythm of music and rotating colorful lights. The Rain Dance with snow effect was introduced for the first time in Kerala by Dream World. Guruvayoor, the abode of Lord Sree Guruvayoorappan, is located 29 kms north west to the cultural capital of the &#39;God&#39;s own country&#39;, Kerala. This narrow coastline strip of land on the south western edge of Indian subcontinent is one of the 10 paradises in the world. Guruvayoor is a thriving township in Trichur district of Kerala state in the South of India, its scenic beauty and serenity are breath taking. Guruvayoorappan is the chief diet here - The God which hears the prayers of its pilgrims. Guruvayoorappan is adorned with the holy tulasi (Basil) garland, and pearl necklace the Lord here appears in all radiance to bless the devotees.Guruvayoor is also called the Bhoolokavaikunta - the heaven on Earth.

Guruvayur Temple is the abode of god Krishna, located in the town of Guruvayur. It is one of the most important places of worship for Hindus of Kerala and is considered as the Holy Abode of Vishnu on Earth. It is claimed that the deity is worshipped here for more than 5000 years old but there are no records to prove it. The earliest temple records date back to the 17th century. It is one of the five famous Krishna/Vishnu temples in India. The idol is made of the stone known as black antimony and is a magnetic stone said to have special medicinal properties. The water from the temple, consecrated with mantras is poured over the idol for his ritual bath. This holy water is then eagerly drunk by the devotees since it is said to contain a little of the miraculous properties of the stone of which the idol is made. The entire life of this town revolves around the temple and there is very little activity beyond what is connected with the temple even though there are a few other noteworthy temples in the area. The peaceful co-existence of many, some of which are sworn predators in nature are like obedient children here, following their Master around, living and feeding, on what is so lovingly provided. The very plot of land, that is the Park, resembles not the plain land around it rather, it makes one feel as though he or she has entered the remote habitat of the nature&rsquo;s very best, with small rivulets and caves, ancient ponds with crystal clear water, within which fish of various hues and sizes play hide and seek in its dark depths. This is a place where you will rediscover your inner peace, marvel at human persistence and acknowledge the simple gifts of nature, that of birds, fish, animals and man being one, with nature. This place is located on the way to Athirapally waterfalls. Kodungallur&nbsp;Bhagavathy&nbsp;Temple&nbsp;is located in Kodungalloor of Thrissur District in Kerala. This temple is dedicated to Goddess Bhagavathi. According to the legends Sage Parasurama built this temple for the prosperity of the people. The Bhagavathi temple was created in the heart of the town many centuries ago to serve a special purpose. This is the most famous Shakti shrine in Kerala. The Thalappoli festival in the temple is observed during the auspicious Makar Sankranti period. Thalappoli is a unique ritual in Kerala. In this ritual, the&nbsp;women and young girls carry thalam&nbsp;(plate) in their hands. This thalam or plate is filled with rice, flowers and a lighted lamp. It is a symbol of prosperity. In some temples, only unmarried girls are allowed to take Thalappoli. The temple is housed in the middle of a plot of land about ten acres, surrounded by banyan and peepal trees. The temple is adorned with leaves of tender coconut, coconut leaves and lamps for the occasion. The village of Malakkappara is located in the Thrissur district of Kerala. Even though this tourist destination is rich in natural beauty, It is unexplored. Malakkappara, is famous for the Tea Estate of the Tata Company in this area. Malakkappara lies on the border of Kerala and Tamil Nadu states. The forest area in Malakkappara is under the jurisdiction of Kerala Forest Department.&nbsp; During the early morning hours the road is misty and becomes clearer as the day descends. The forest here offers its share of thrills. There are several small waterfalls and natural spots where one would want to make a pit stop, during transit. The area is photographic and the virginity of the village, entices the traveler into its fold. An encounter with the wildlife such as monkeys is quite common here in the area. However, due to the decrease in the forest area, wild elephants and leopards are posing as a constant threat, to the human habitat in the village.&nbsp; &nbsp; Mammiyoor Temple, also known as Mammiyoor Shiva Temple or Mammiyur Mahadeva Kshetram. It is situated about 200 meters north-west to the world renowned Guruvayoor Sree Krishna Temple in Thrissur District of Kerala. Lord Shiva is the main deity who is worshipped in the form of Uma Maheswara. The temple is a part of the One Hundred Eight famous Shiva temples in Kerala and one among the five Shiva temples around Guruvayoor. The unique feature of Mammiyoor Mahadeva Temple is that the temple enshrines the idol of Lord Vishnu in the sanctum sanctorum, next to that of Lord Shiva&rsquo;s. Mammiyur Shiva Temple is the only temple where Lord Shiva and Lord Vishnu are worshipped with equal importance. It is regarded as one of the biggest temples in the Thrissur District, Mammiyoor Shiva Temple is one among the 108 Shiva Temples consecrated by Lord Parasurama, the legendary founder of Kerala. It is believed that the pilgrimage to Guruvayur Temple would not be complete if the Mammiyur Shiva Temple is not visited.