<table align="left" cellpadding="0" cellspacing="0"> <tbody> <tr> <td> <p>The capital of Karnataka and the 3rd most populated city in India,&nbsp;Bangalore is often known by its nickname the silicon valley of India due to it being a major IT exporter in India. The city is now known by the Kannada name &lsquo;Bengaluru&rsquo; which literally means &lsquo;The City of Guards&rsquo;. There are, however, various different translations of this word. The town is famous for its various attractions which include both modern and historical place to visit. The various temples, palaces, lakes, and forts etc.Cosmopolitan Bengaluru is the number one city in the Indian deep south, blessed with a benevolent climate and a burgeoning drinking, dining and shopping scene. It&rsquo;s not necessarily a place you come to be wowed by world-class sights (though it has some lovely parks and striking Victorian-era architecture), but instead to experience the new modern face of India.Bangalore city is now the nerve center of industrial activity in the state with the presence of several Public Sector Undertakings. The Electronic City in Bommasandra and the Software Technology Park, called the IT Park, which has come up on the outskirts of the city, has earned the reputation of being the &quot;Silicon&quot; Valley of India. Many multinational and Indian companies are represented here. Ranked among the 10 fastest growing cities in the world, Bangalore has many on-going and proposed projects in the industrial and Information Technology sectors. The city has slowly found a place in the country&#39;s history and off recently a place on the world map. Today Bangalore is India&#39;s fifth largest and the fastest growing city in Asia.</p> </td> </tr> </tbody> </table> 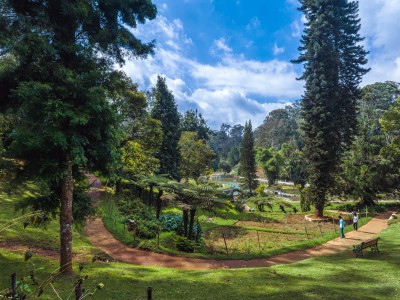 Bangalore Palace&nbsp;was constructed by Chamaraja Wodeyar in the year 1884 and he had his inspiration from England&rsquo;s Windsor Castle. Located at city&rsquo;s center, the Tudor style construction has Gothic windows, woodcarvings, and turrets, which stand proof of the stunning architecture during the period. The 430-acre land that holds the palace has beautiful gardens. The palace is now used to conduct exhibitions and concerts.Built-in Tudor-style architecture, the Bangalore Palace is adorned with magnificent woodcarvings. The palace holds a resemblance to the medieval castles that were built in Normandy and England. Once surrounded by beautiful gardens, now the palace is not what it used to be. But, it still succeeds in attracting tourists. Gothic windows, fortified towers, battlements and turrets lend a great degree of magnificence to the Bangalore Palace. Mainly constructed of wood, it features splendid carvings and paintings.&nbsp; it is adorned with magnificent woodcarvings and Tudor-style architecture on the inside. In fact, the palace is quite similar to the medieval castles that were built in Normandy and England. The Windsor Castle of London left a great impression on King Chamaraja Wodeyar of Wodeyar dynasty, on one of his trips to England. Inspired by the Tudor style architecture, he got the Bangalore Palace built in the city. Once surrounded by beautiful gardens, the palace has now lost much of its original charm. However, it still succeeds in attracting tourists. Fortified towers, Gothic windows, battlements, and turrets lend a great degree of magnificence to the Bangalore Palace of India. Mainly constructed of wood, it boasts of splendid carvings and paintings. Today the palace serves as the venue for various exhibitions, concerts and cultural programs held in the city. The ground floor of the Bangalore Palace comprises of a massive open square.The square is full of granite seats that are adorned with fluorescent blue ceramic tiles. Along with the courtyard is a ballroom, where private parties of the King used to be held. As we move to the first floor, the foremost thing that comes into view is an ornate room, known as the Durbar Hall. The King used this hall for addressing the assembly. Mounted on the hall is a colossal elephant head, while its walls are ornamented with exquisite paintings. One of the walls of the Durbar Hall has a set of windows that are decorated with stained glass.There is an abundant use of the yellow color in the hall, with the walls as well as the sofa being of the said color. One end of the room houses a screen, which provided a veil to the ladies when they used to sit and watch the assembly proceedings. There are also a number of paintings of Raja Ravi Varma, a renowned artist in the palace. This botanical garden is one of the most beautiful botanical gardens you could find in India. Constructed by Haider Ali, it was later modified by Tipu Sultan. The Glass House in the gardens was inspired by the London Crystal Palace. Spread across a sprawling 240 acres of land, the garden has above 1800 species of plants, herbs, and trees. The lawn clock in the garden is the first of its kind in India.The Lalbagh Botanical Garden, Bangalore is of royal origin and was started initially as a private garden in an area of 40 acres by Hyder Ali, one of the most famous rulers of old Mysore in 1760. Initially designed in Mughal style, on the model of an extensive garden at Sira in Tumkur near Bangalore, this garden was further developed by Hyder Ali&rsquo;s son Tipu Sultan and subsequently by the British and Indian doyens of horticulture by extension of area and addition of a number of plant species. these gardens boast a rich collection of almost 1000 different species of flora. There is also a Glass House inside the gardens, modeled on London&#39;s Crystal Palace. Spread over an area of 2400-acre, the Lalbagh Botanical Gardens hold the distinction of having the largest collection of rare and exotic plants in India. The first lawn clock of the country was also set up in these gardens only. The garden is beautifully designed, with lawns, flowerbeds, lotus pools and fountains adding to its splendor. Flower extravaganzas are held every year in the botanical gardens, as a part of the Independence Day and Republic Day celebrations.